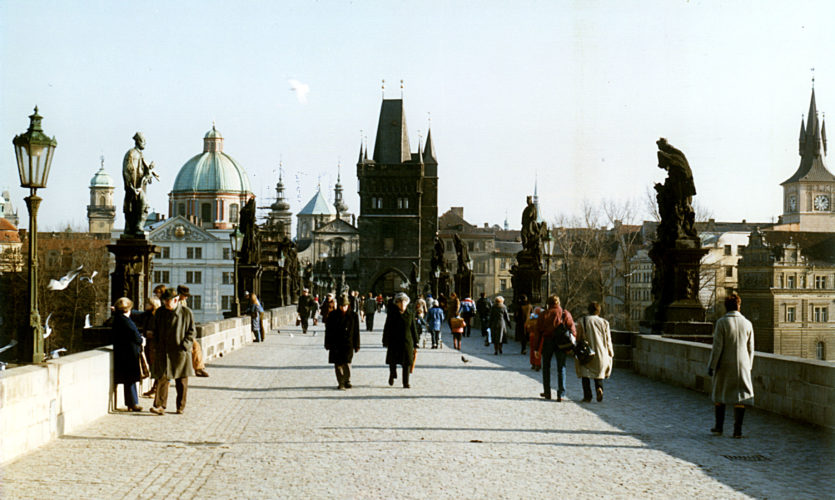 Made as an episode for a TV series about European cities for Italian broadcaster RAI, this hyper-stylised essay film ranks amongst the most adventurous works of Chytilová’s post-’60s career. Celebrating the genius loci and historical richness of the city of Prague, footage shot by Jan Malíř of the golden city’s monumental architecture and her people’s comings and goings is ingeniously and frenetically juxtaposed with material from other eras and presented in often startling counterpoint to folkloric, classical and modern music, all beneath a highly knowing voiceover.