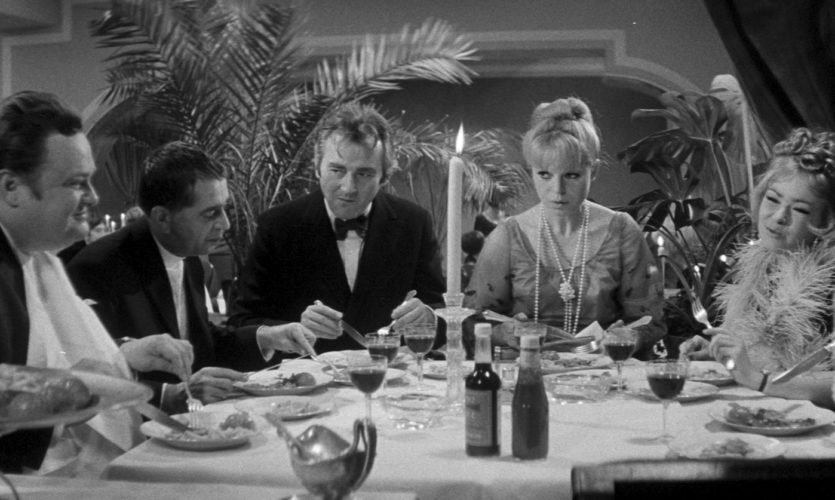 Three plasterers (Jiří Sovák, Vlastimil Brodský, and Jan Libíček) explore Prague in this classic Czechoslovakian comedy by New Wave director Zdenek Podskalský and writer Vratislav Blazek. Disrupting the class system as they navigate their way through a world that doesn’t want to hand over its privilege, the three men set out to woo three women (played by the just as talented Jiřina Jirásková, Iva Janžurová, and Jiřina Bohdalová) in total ignorance that they themselves are being tricked. The city of Prague also takes to the stage as the characters navigate not just high society but the streets, buildings, and popular nightclubs of the time.

Snappy dialogue, physical comedy, and a critical witticism on Czechoslovakian society in the 1960s has led to Men About Town enduring as a much-loved comedic farce.